Tzvetan Todorov, Literary Theorist and Historian of Evil, Dies at 77 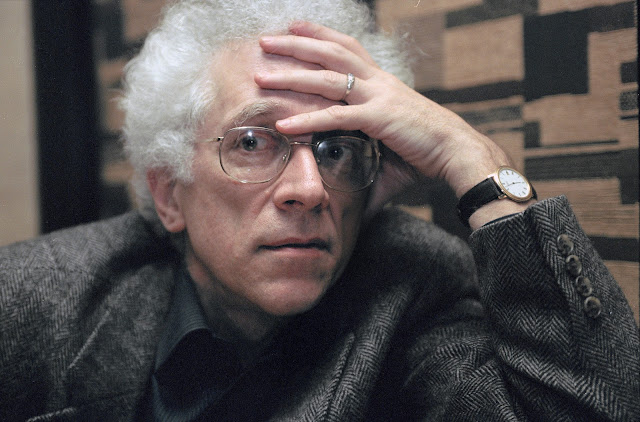 Tzvetan Todorov, a Bulgarian-French literary theorist and historian of ideas whose concerns in dozens of books ranged from fantasy in fiction to the moral consequences of colonialism, fanaticism and the Holocaust, died on Tuesday in Paris. He was 77.

The cause was multiple system atrophy, a progressive brain disorder, his son Sacha said.

A disciple of Roland Barthes, Mr. Todorov became prominent in the 1970s for his work on structuralism, a method of interpretation — influenced by cultural anthropology — that focuses on recurring patterns of thought and behavior.

He developed his study of the formal processes of storytelling into a 1973 book, “The Fantastic: A Structural Approach to a Literary Genre,” which examined the structural features in fantasy-based texts like “Arabian Nights” and Kafka’s “Metamorphosis.”

Mr. Todorov’s later books included intellectual portraits of the thinkers Benjamin Constant, Jean-Jacques Rousseau and Mikhail Bakhtin; he compiled, based on extracts from her letters, notes and diaries, the unwritten autobiography of the Russian poet Marina Tsvetayeva.

He was especially drawn to episodes of moral turbulence. In “The Conquest of America: The Question of the Other” (1985), he concluded that native peoples, who, unlike Europeans, lacked a concept of “otherness,” were unable to defend themselves against an enemy who could manipulate their perception of reality and confuse their planning and reasoning.

His 1989 book “On Human Diversity” looked at how French authors have approached “the other,” and it made the case for both universal values and respect for diverse cultures.

“He helped me look at the world in a different way, to step outside the frame of ‘them and us’ that was always being built,” Rony Brauman, a former president of Doctors Without Borders in France and a longtime friend, said in a phone interview. “He had such a remarkable open mind, always looking beyond appearances, refusing to be hypnotized even by great evil, but searching for empathy. In his writing and in person, there was always that impressive capacity for kindness and good will.”

Mr. Todorov’s book “Facing the Extreme: Moral Life in the Concentration Camps” (1996) took note of the paradox that human decency and goodness exist even in the most evil situations. The volume was “a tribute to the small number of ‘just’ men and women who showed both courage and generosity,” the political scientist Stanley Hoffmann, who died in 2015, wrote in a review in the magazine Foreign Affairs.

In “A French Tragedy: Scenes of Civil War, Summer 1944” (1996), Mr. Todorov described an episode in which members of the French Resistance in central France killed 13 members of a pro-Nazi French militia. In retaliation, Mr. Todorov wrote, the militia murdered 38 Jews in the village of Saint-Armand by throwing them into a well and finishing them off with rocks and cement.

Mr. Todorov’s 2001 study of the rescue of most Bulgarian Jews during the Holocaust concluded that their saviors had complex motivations: They were sympathetic to the Germans and to authoritarian rule, but were also repelled by anti-Semitism.

In “The New World Disorder: Reflections of a European” (2003), written on the eve of the invasion of Iraq, which the French and German governments and many Europeans opposed, Mr. Todorov urged Europe to abandon its “pacifism and passivity.” He told The New York Times: “Our potential enemies are no longer inside Europe. We must join forces to defend ourselves against these external enemies.”

Yet he did not see immigrants to Europe as threats. In his 2009 book, “Fear of the Barbarians: Beyond the Clash of Civilizations,” he wrote: “One can demand from newcomers to the country that they respect its laws or the social contract that binds all citizens, but not that they love it: Public duties and private feelings, values and traditions do not belong to the same spheres. Only totalitarian societies make it obligatory to love one’s country.”

In an interview in December in the French newspaper Le Monde, Mr. Todorov expounded on what he saw as a dual challenge to French life: the threat of terrorism and the threat of overreaction by the authorities. He cited the idea of “complementary enemies,” the title of a 1961 book by one of the thinkers he most admired, Germaine Tillion, a member of the French Resistance and an anthropologist who studied Algeria’s war of independence.

“To systematically bomb a town in the Middle East is no less barbaric than to slit somebody’s throat in a French church,” Mr. Todorov said, referring to the beheading of a French priest in July by assailants inspired by the Islamic State. “Actually, it destroys more lives.”

Mr. Todorov said that French intellectuals’ longstanding fear of national decline resulted from “the fact that in the 20th century, France moved from the status of a world power to the status of a second-rank power.”

“This explains, in part, the bad mood that is constitutive of the French spirit,” he said.

In the interview in Le Monde, Mr. Todorov said he was skeptical of the concept of good, preferring simple kindness. He cited the Soviet novelist Vasily Grossman, the author of the World War II masterpiece “Life and Fate,” as someone “for whom evil mostly comes from those who want to impose good on others.”

Mr. Todorov was born on March 1, 1939, in Sofia, the capital of Bulgaria, the son of Todor Borov, a university professor, and Haritina Peeva, a librarian. He did his undergraduate studies at the University of Sofia. Then, like his contemporary Julia Kristeva, the philosopher and psychoanalyst, he moved from Bulgaria — then in the grip of the longtime Communist dictator Todor Zhivkov — to France to pursue postgraduate work.

Mr. Todorov, 24 when he emigrated, had grown up with an instinctive skepticism toward government, one that relented after the fall of the Iron Curtain in 1989.

“I had some mistrust toward everything the state defends or that is related to the public sphere,” Mr. Todorov told Le Monde. But he said “a kind of small wall collapsed in my mind at the same time as the Berlin Wall, which allowed me to access this public sphere. I felt like I was no longer conditioned by those childhood and teenage years living in a totalitarian world.”

Mr. Todorov completed his doctorate under Barthes at the School for Advanced Studies in the Social Sciences in 1966, and he began teaching at the National Center for Scientific Research in 1968. In 1983 he helped found the Center for Arts and Language Research, involving scholars from both institutions.

Mr. Todorov became a French citizen in 1973. His marriages to Martine van Woerkens, a scholar of India, and to the novelist and essayist Nancy Huston ended in divorce. He is survived by a son, Boris, from the first marriage, and a daughter, Léa, and a son, Sacha, from the second.

“He always refused to make superficial comments — or to react immediately after an event,” Olivier Postel-Vinay, the founder of the French magazine Books, of which Mr. Todorov was a member of the editorial committee, recalled on Tuesday. “He used to write a monthly column for Books, and I remember that this monthly pace was something very stressful for him. He wanted more time to think. He was worried about the growing superficiality of the so-called analysis in the media and on TV.”